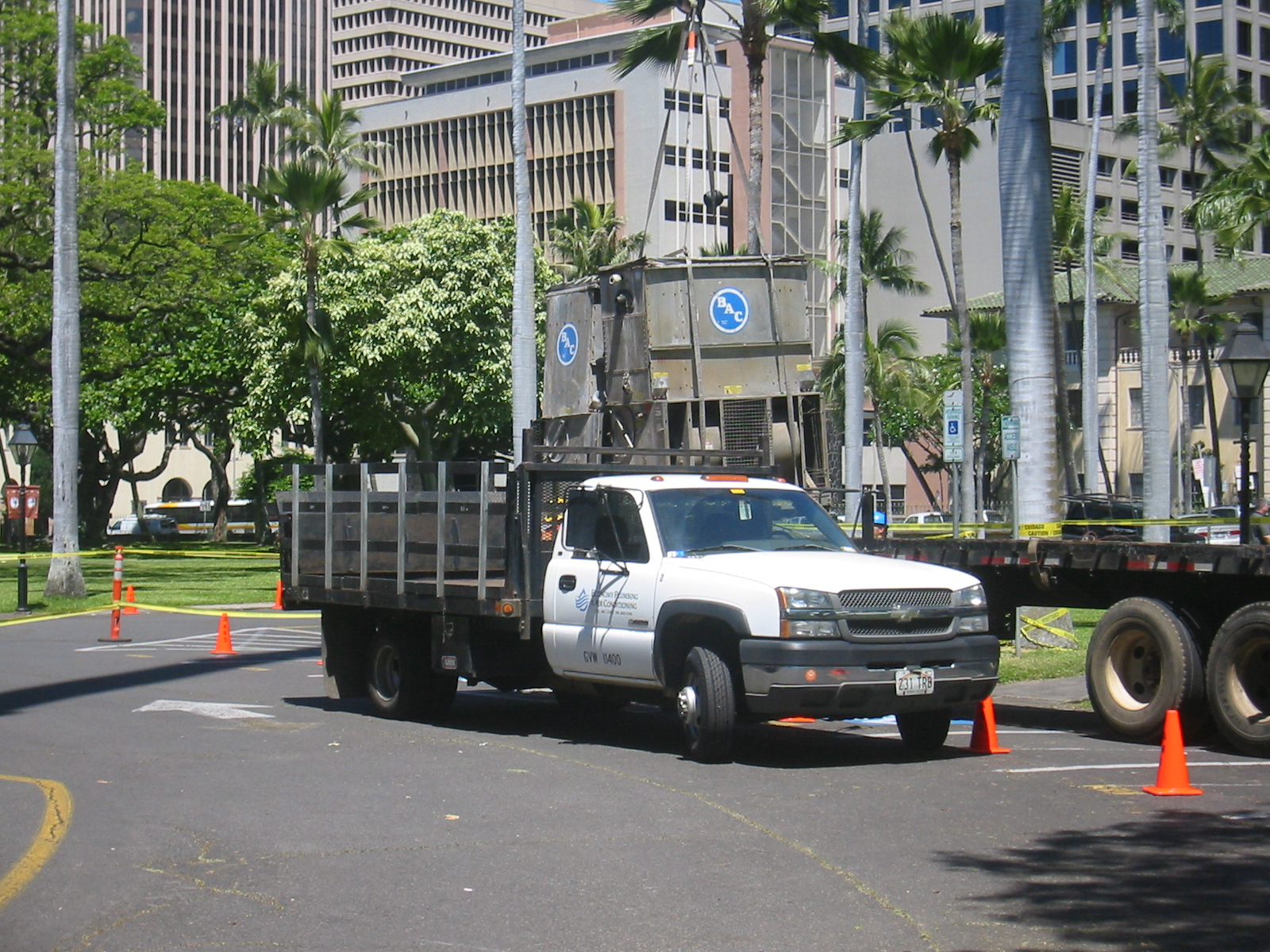 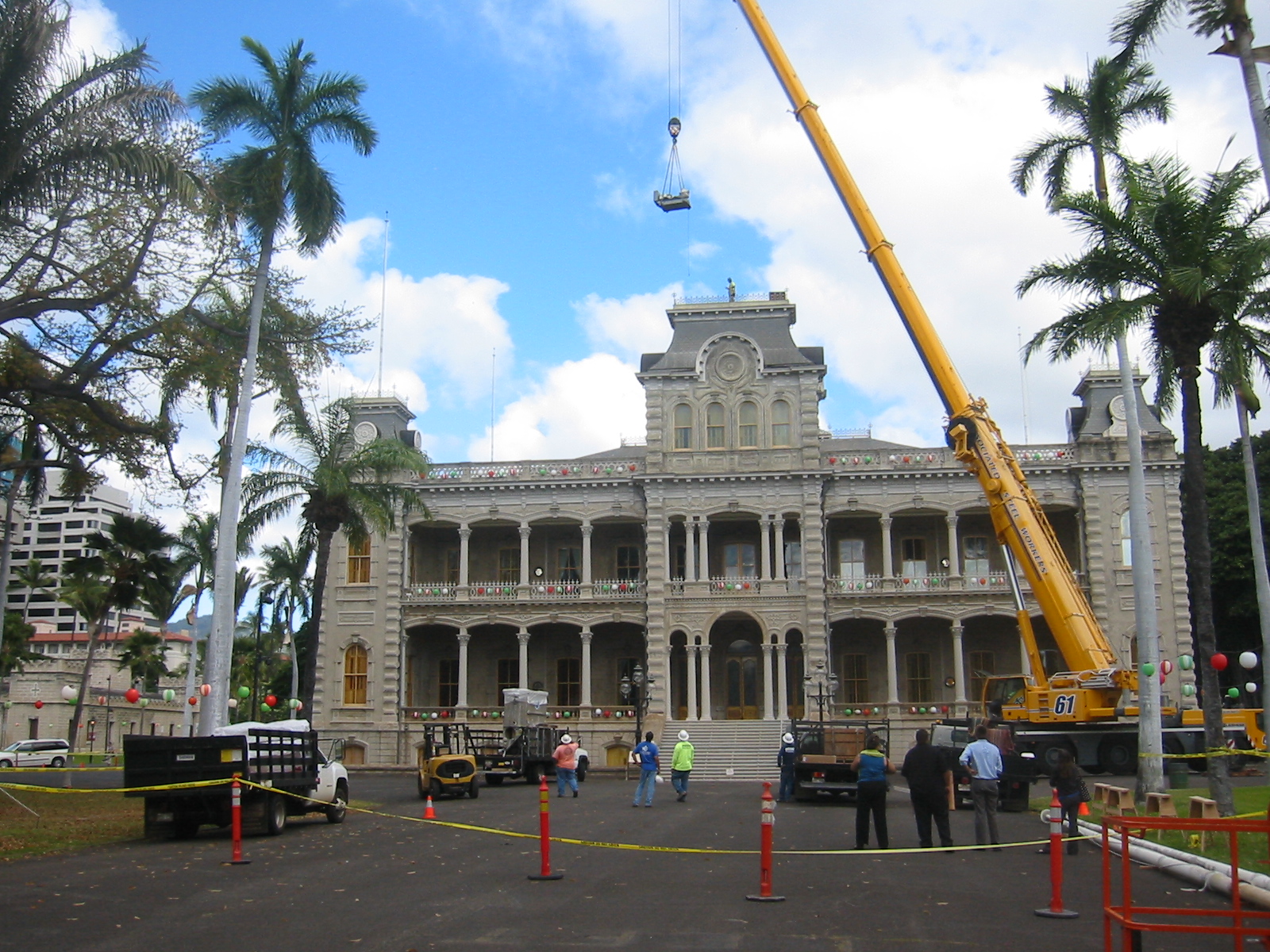 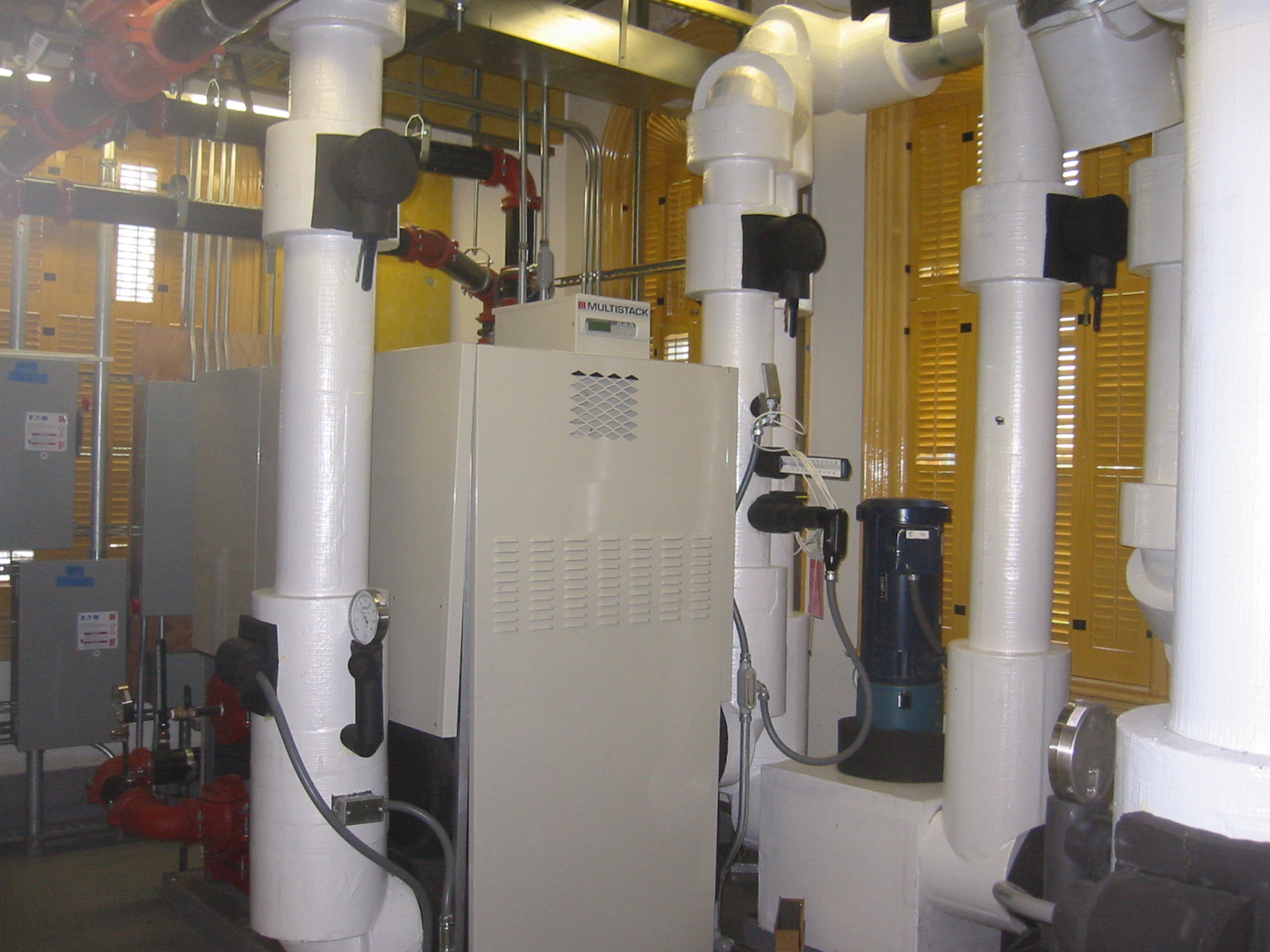 Iolani Palace, in downtown Honolulu, is the only royal palace in the United States and is a National Historic Landmark listed on the National Register of Historic Places. It was used as an official residence by reigning monarchs King Kalākaua and Queen Liliʻuokalani until 1893 when the monarchy was overthrown. The building was used as the capitol building for the Provisional Government,  Republic, Territory, and State of Hawaiʻi until 1969. The palace was restored and opened to the public as a museum in 1978.

Ongoing air conditioning project at the Palace to replace all existing aging air handlers and chillers within the Palace provide a new A/C central chiller plant.  Purpose of project is to provide new energy efficient A/C equipment and better humidity control throughout the Palace. All work has to be phased so that the building air conditioning remains operational at all times and building operations are not interrupted.